Bourjois - Hightstreet Make Up Worth Investing 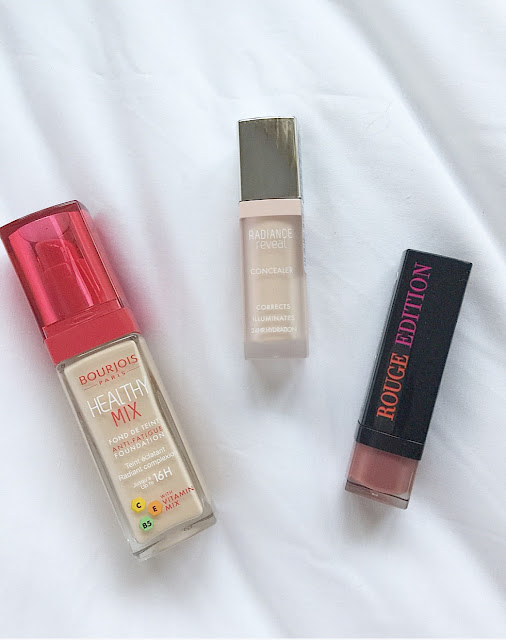 I have been using Bourjois for years, it's affordable, good quality products from foundation to nail varnish to bronzer and eyeshadows to name a few.

So When I found out that the iconic healthy mix foundation had been reformulated I thought I would give it a try along with two other new products I've never tried before. 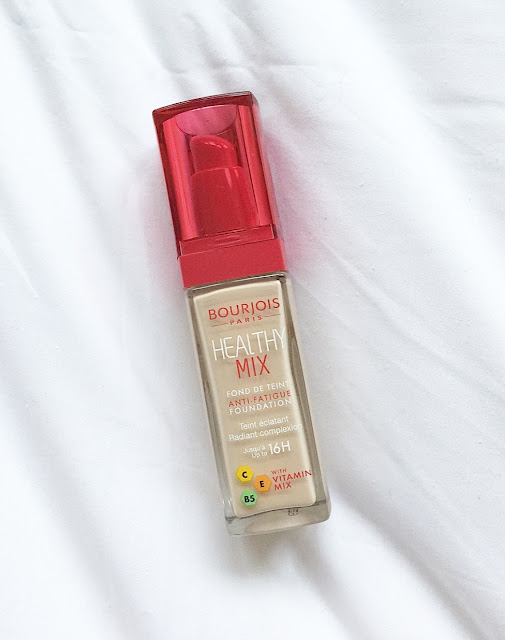 First lets talk about the foundation, as this is a foundation that I had previously worn on a daily basis, it had the coverage I wanted, it lasted (with the odd touch up throughout the day) and has a variety of shades which was perfect for mixing two colours together if I had tanned that week. Then I found Dior Forever foundation and it kicked Bourjouis to the back of the make up draw.

The reason I had fallen out of love with Healthy Mix foundation was that it wasn't staying put and it was making me very oily, now I know skin can change over time but wanted a foundation that would give me a glow but have medium to light coverage.

I've have since used Healthy mix foundation a few times and loved it when I put it on, I went for the shade No51 in Light vanilla, now I got a couple of compliments saying how fresh faced I looked, that would be the anti-fatigue part of that foundation kicking in, perfect! I do agree that my skin did look healthy and like I had slept for hours.

As the day went on I hadn't powdered and my t-zone looked so oily, not the look I was exactly going for, but does everyone have to always powder or should I be investing in a whole new type of foundation? 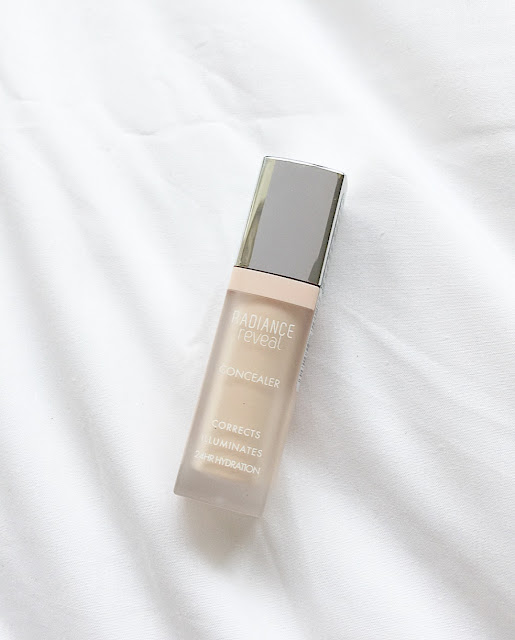 Lets talk concealer, lets talk about covering those bags under my eyes called Chanel and Prada haha!
On a serious note, I've been on a hunt for a more budget friendly concealer unlike my current obsession Estee Lauder double wear concealer at £22 a pop, I opted for Bourjois radiance concealer that corrects, illuminates and hydrates.
I can honestly say this is a pretty good concealer, I love the creamy texture that just blends in, love the colour range, I normally go a shade lighter to give me that, Ive slept for years look, you can't knock a girl for trying anyway.
The only thing I just wished was that it had more coverage as I do feel it lacks that minor part, but that is the only thing, get out there and buy yourself some, especially for only £11 BARGIN! 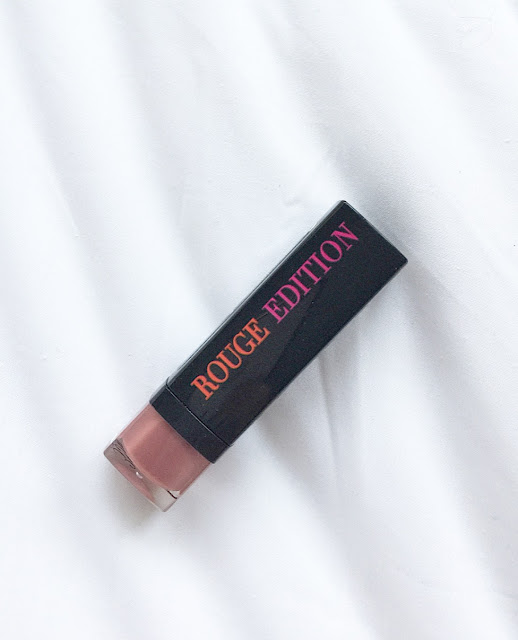 Last but not least, let's get nude with another nude lipstick, because we all know I don't have enough  (LIES HAHA!) Anyway I have a few lighter nude shades so wanted something that would let me have a nude lip but a little darker, I picked up Rouge edition in No39 called Pretty in Nude.
Its a creamy dark rose colour that is pigmented, glides on like butter and wears throughout the day well too.
Its a shade that will fit in quite well with my other nude/pink lipstick and lipgloss collection, it's also a lipstick that I would recommend and wouldn't mind trying out more of the lipsticks. 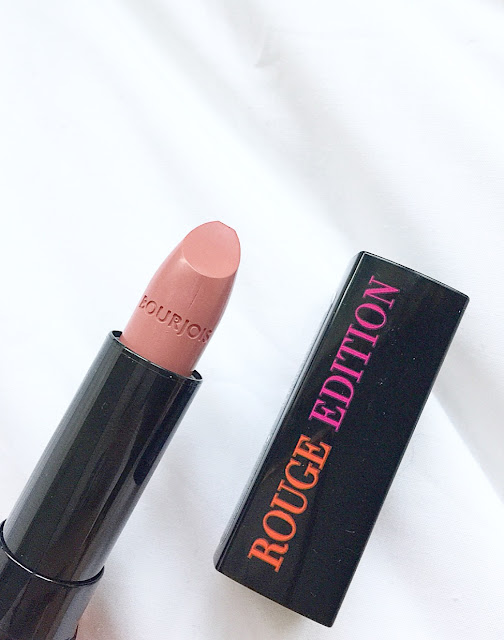 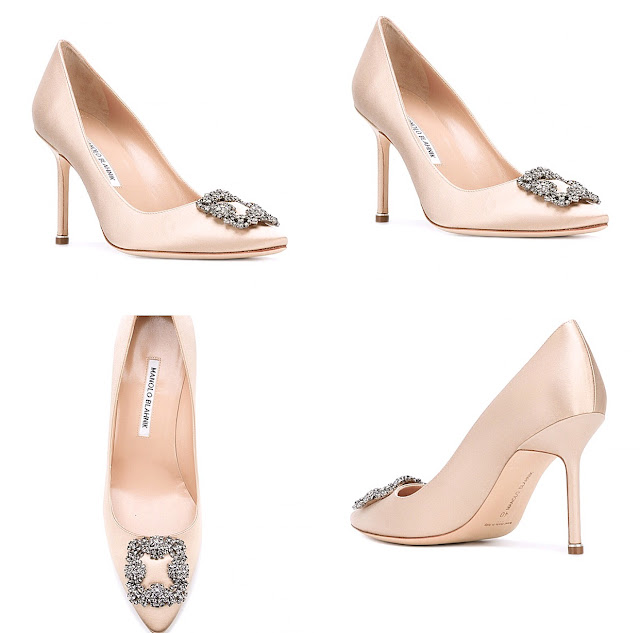 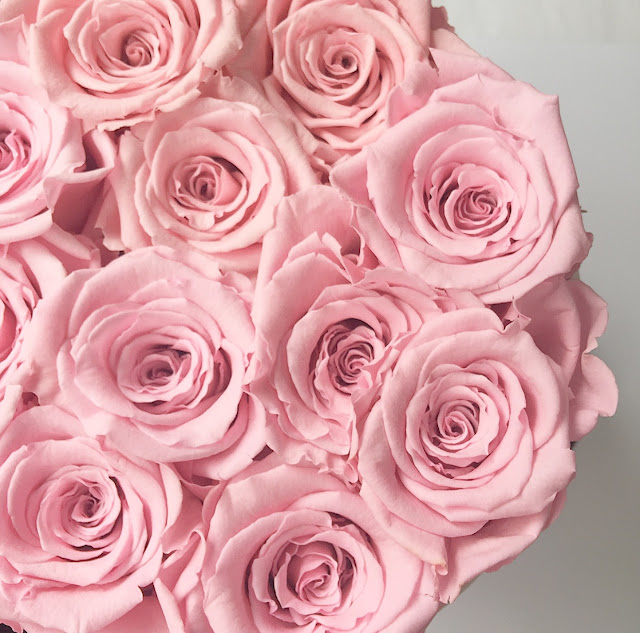